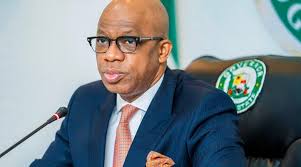 It decried the increasingly disturbing socio-economic realities currently staring the people in the face under the watch of Prince Dapo Abiodun.

It said that it was unfortunate that “since its emergence, the ruling All Progressives Congress (APC) government has steadily conducted the business of governance in a most insensitive manner.”

It was said that “every sane mind is worried about the unquenchable appetite of the government for unjustifiable loans. The spree of borrowings has become very embarrassing.”

The PDP stated that all assistance, in form of loans must have a practicable plan, both medium and long term of repayment and clear-cut reasons for such borrowings, stressing that, “No reasonable government accesses loans to pay salaries or other recurrent needs.”

A statement signed by Ogun PDP’s Publicity Secretary, Akinloye Bankole, and made available to newsmen on Monday, read in part:

“The situation in Ogun State is so pathetic to the extent that the ruling government is hell-bent on plunging the entire destiny of unborn generation to an endless pit of indebtedness by seeking another 83.5billion without giving full details of what happened to the Post COVID-19 250billion which the State House of Assembly approved around April 2021.

2023: No reasonable Nigerian would want APC back – Gov Wike

“As a fact, the worry is, despite the scary burden of indebtedness hanging around the state’s neck as a direct result of lack of developmental creativity by the government, Ogun State still wallows in socio-economic hardship, huge infrastructural decay and unprecedented environmental degradation. A countless number of our roads have become impassable owing to blatant abandonment by the same government that is expected to fix them. The deplorable conditions in virtually all sectors call for immediate concerns of all.

“The public should also be reminded that despite huge debt profile, Dapo Abiodun led government still owes about 20 months contributory deductions of civil servants; bout 10 years gratuity and pensions of retirees are also being owed by the Abiodun led government who is currently somewhere holidaying outside the country. His promise of houses to Ogun state teachers during World Teachers’ Day in 2020 has not been fulfilled till now.

“Perhaps it may also interest the good people of Ogun State that a recent report of a survey carried out by the Presidential Enabling Business Environment Council chaired by the Vice President, Prof. Yemi Osibajo, is enough to make this sinking ship show remorse but it is obviously comfortable with the rating which shows that Ogun State has shamelessly drifted from its erstwhile position of pride as it currently ranks 19th in the nation. Without mincing words, this government is an embarrassment.

“As a responsible political organization, our great party is sympathetic to the plights of the people in general, civil servants and pensioners. We are ever determined to always stand by them, especially during this legitimate demand for their inalienable rights. We shall continue to partner with the good people of the state in order to rescue our collective patrimony from the claws of the irresponsibility of the ruling APC government.”