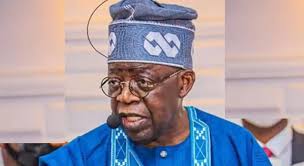 As preparations for the 2023 general elections are gaining momentum, a group supporting Asiwaju Bola Tinubu; known as  Tinubu Support Group TSG has explained why Nigerians should vore for the ex-Governor of Lagos.

The group in a statement, called on elegates to consider the future of the nation and elect the former Lagos governor as presidential candidate of the party.

In his words, Head, Media and Publicity of the TSG, Tosin Adeyanju in an open letter to delegates said “it is an incontrovertible fact that Asiwaju Tinubu has the mental capacity, the political sagacity and the economic ingenuity required to steer the Nigerian ship to the promised land”.

“Patrick Henry famously declared that ‘I know of no way of judging of the future but by the past’. It is with the declaration of Patrick Henry in mind that I am writing to you all on why the choice of Asiwaju Bola Ahmed Tinubu is the answer to a new Nigeria we have long desired. My letter to you all is to seek your vote for Asiwaju Bola Ahmed Tinubu in this forthcoming convention.

“Hence, I am appealing to all you, our dear party delegates to vote for Alhaji Ahmed Tinubu as the party presidential candidate. The future of this country and that of our children has made Asiwaju the right choice for a time like this when our country needs a tested turnaround.

“As a pro-democracy leader from the NADECO days, Senator in the third republic, two-time Governor of Lagos State and founding member of APC, Asiwaju is the most experienced and most qualified to be the next President of Nigeria”, he stated.

In a related development, the APC Professionals Forum has said that technocrats in the party to be given more roles to the leadership of the party.

A delegation led by the acting Chairman of its Board of Trustees, Dr Nkem Okeke which met the National Secretary of the party, Senator Iyiola Omisore, was emphatic that the party has great professionals that could easily add value to the party’s operations at all levels.

He said: “The narrative has to change to include this untapped pool of party members who have shown more than a passing interest in politics and governance in country.

“We have quite a number, not only in our midst but also within the rank and file, that are prepared for responsibilities so we crave the indulgence of the National Working Committee (NWC) to also look in the direction of professionals who are registered APC members.

“As a registered think-tank in the party, it falls within our mandate to contribute our quota to strengthening APC. We have therefore being holding consultations with registered professionals bodies in order to woo interested professionals

Previous: 2023: Osinbajo not stepping down for Tinubu- Support group
Next: 2023 Presidency: God will be speaking with Osinbajo on issues if elected- Emir of Katsina