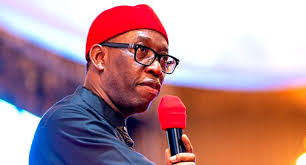 2023 Presidency: Why we are supporting gov Okowa- Group

A group known as Global Youth Skill Acquisition and Poverty Eradication Organisation have begged the Governor of Delta State, Ifeanyi Okowa, to run in the 2023 presidential election.

The group said that it is making the call due to  giant strides he has recorded in the areas of infrastructural development in the state.

The group added that the country needed visionary leaders like Okowa to take it out of the shackles of poverty, underdevelopment and youth restiveness.

The group emphasised that what Nigeria needs is someone to unite the country like Governor Okowa.

Speaking to newsmen in Abuja, the Chief Executive Officer of the organisation, Emmanuel Chuks Ozegbe, said that Okowa’s i passion for infrastructural development of the state has brought unity, peace,​ cohesiveness.

‘We are calling on him to reciprocate the level of good governance and patriotism he has demonstrated in his state to the national level for the country to benefit and​ move forward.

‘We want to commend and salute the Delta State Governor, Sen Ifeanyi Okowa, for all his efforts in transforming Delta State through his numerous projects​ and reducing poverty and youth restiveness through his empowerment​ and skill acquisition programme as well as robust free healthcare delivery system in the state that has​ cared for the children, women and the aged.

‘He is a team player that carries​ everybody along without discrimination or exclusion. Before now, other governor’s of Delta State were concentrating on their immediate environment but Okowa has his projects scattered all over the three senatorial districts of the state.

‘So he is experienced, detribalised, educated and not learning on the job, if they are asking for someone to fix this country, I will nominate Gov Okowa​ and we will rally round him,’ the group noted.

Previous: APC chieftain backs dialogue in resolving IPOB challenges
Next: 2023 Presidency: Tinubu visited me because of his ambition- Yakassai 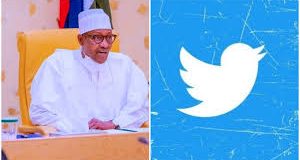 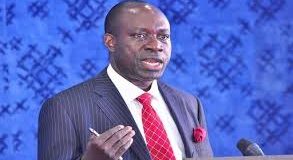