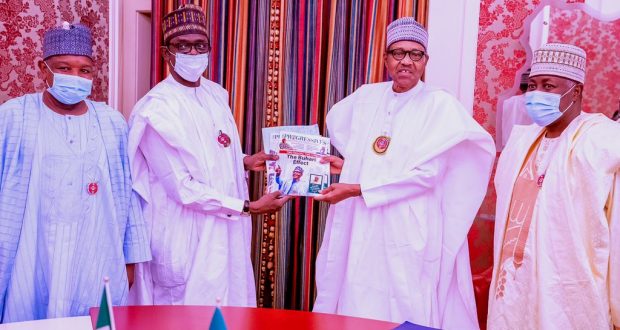 The move is in line with the Constitution, of the ruling party and to achieve the purpose of inaugurating the Governor Buni’s committee.

It will be recalled that President Buhari took a drastic step in the midst of the crisis that engulfed  the ruling party when he dissolved the National Working  Committee led by former Chairman of the party, Comrade Adams Oshiomhole and set up the Buni committee with a viewing to restructuring the party in preparation for 2023 elections.

Upon its inauguration, Buni-led committee has been making reconciliation efforts among the members of the party nationwide.

Previous: Gov Sanwo-Olu presents N1.155trn budget to Assembly (full speech)
Next: Reuters Analysis: How successful was the US presidential Election?