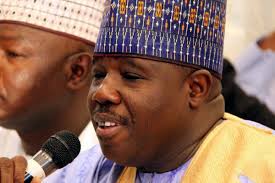 Former Borno State governor, Ali Modu Sheriff has said he is the best candidate for the exalted office of National Chairman of the governing All Progressives Congress (APC)

He said that the APC would govern the country for more than 40 years.

He made the remark at the weekend while speaking with newsmen in Abuja.

Sheriff saif that for this to happen, there is need to hand over its national secretariat to someone who would cement cordial relationship with all the tendencies in the party after the exit of President Muhammadu Buhari.

He said: “Having said that, our party, the APC, you all know that today as a political party, we are about six and half years. It is a combination of different political parties that became APC and we also know that our President, Muhammadu Buhari even before coming into the APC had already made 12 million votes from the All Nigerian Peoples Party (ANPP) days and Congress for Progressives Congress days.”

He noted that amongst the aspirants, he remains the only one who combines the experience of being state governor with party administration.

He noted that he will leverage on his goodwill and experience to ensure genuine reconciliation in the APC as it prepares for next general elections.

“So, I am coming to the table as someone who understands the terrain. I am coming as someone who has run political parties in different aspects. I am not a newcomer. I am not a novice. I told you I was the Chairman of the Board of Trustees of ANPP that formed the APC today. I am bringing to the table my knowledge of who and who worked hard to make sure that we succeed and who and who left because they were angry. I will go to their houses and bring them back. So, I am bringing a package that will meet the aspirations of every man and woman of this party.”

He brought that to the table and what are we going to face after the exit of His Excellency, the President? It is we the APC members that will tell the world that we are capable of getting their trust even when he finished his tenure. Doing that, you need everybody. You need people who know the history of the party, where we are coming from, who know the history of this country, someone who has been in different aspects of life and we need to work together, we need to build bridges across the country.

“Today, as a party we are only six years in government, our aspirations are for the APC to be in government in the next 30 to 40 years.

“Doing that doesn’t come on the platter of gold, we need to put in hard work. Therefore, I believe it is important for me to reach out to all leaders of our party: the youths, the women, different organizations, to tell them that we must come together to get our party to run for the next 30, 40, 50 years by the grace of God.

‘And doing that, you need a rugged captain, you don’t need a captain that will capsize. A ship has to be navigated by a knowledgeable person who knows the water and I believe I can do that for our party, if given the opportunity by party men and women who are the decision-makers.

“There are so many people in the field but you can look at everybody and see where you can put your deposit. We don’t want a bank that will collapse after a short period.”

Previous: We have structures for e-transmission of election results- INEC Insists
Next: 2023: Chairman, APC UK declares intention for presidency